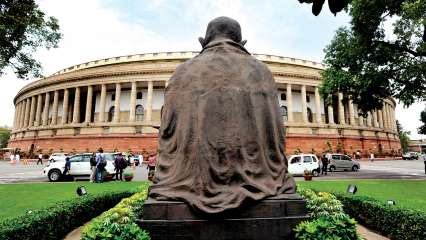 Dr HC Pande
On 26th January,1950 the people of India took a vow,that for better or worse,it is democracy or nothing.Now in the 72nd year of existence as a democracy, where are we?And why are we there ?The city-state of Singapore minuscule as it is,and,the massive China started shaping their own destinies at about the same time as us and each has emerged as a modern nation,economically strong and socially well knit,each under a different form of government.The message is clear,it is not the size of the country or the political system but the will of the people that matters.
Yes,we opted for democracy but did we then, or even now,understand the implications of choosing this system of governance?The answer is no;at least not in a substantial measure.
In every system of governance the carriage of a country’s progress is pulled by a team of horses comprising of political leadership and bureaucracy,the lead horses being political .Democracy primarily means the people choosing the lead horses for the journey and holding firmly the reins of the team.How the hands pull or let go the reins determine both the destination and the time taken for the journey.We are where we are because we have been careless in choosing the lead horses and have shied away from our responsibility of tightly holding the reins of the team and constantly spurring the horses to gallop in the right direction.By allowing the horses to wander around at will,we are where we are,just about in the middle of nowhere.
Participating in the electoral process is the prime responsibility of the citizen.Voting in the elections is like choosing the lead horses.If we choose a the lame horse,however skilled be the jockey,we lose the race even before the bell has sounded.However,the responsibility does not end but rather begins there. The citizen has to sit tight in the saddle,take the reins firmly in hand and use the whip,when needed,to ensure that the horses gallop in the right direction.
In the democratic system of governance,we the people,have to participate or perish.And the choice is entirely ours.