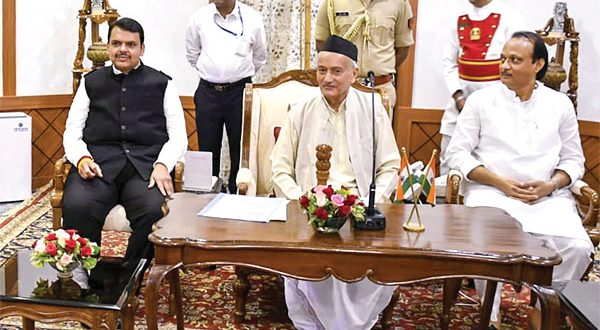 With Maharashtra governor Bhagat Singh Koshyari’s role in the speedy swearing in of Devendra Fadnavis and Ajit Pawar as CM and Deputy CM respectively coming under the scanner, the gubernatorial office has once again courted controversy. Here’re some other notable controversies:

The original sin: The first time a Governor was accused of acting inappropriately happened in the year of India’s first ever parliamentary elections, in 1952, when then Governor Sri Prakasa invited C Rajagopalachari to form the Congress government in Madras, despite the fact that neither the INC had a majority nor was Rajagopalachari an elected member of the assembly. In fact, Rajagopalachari was able to prove his majority in a few months after effecting defections.
Courting controversy: The era of CMs-for-a-few-hours probably goes back a little over two decades, when Uttar Pradesh Governor Romesh Bhandari in 1998 did not allow the Kalyan Singh led BJP government to prove its majority after the BJP’s alliance partners, Loktantrik Congress and Janata Dal withdrew support — with Bhandari installing Jagdambika Pal, chief of Loktantrik Congress as the state’s CM. Pal lasted less than 48 hours as CM, after the Allahabad High Court ordered restoration of the Kalyan Singh government in order for it to prove its majority.
His master’s voice: In February 2005, after the Bihar assembly polls threw up a hung assembly, with no party getting a majority in the 243-member legislature, state governor Buta Singh recommended dissolution of the assembly even though JD(U)’s Nitish Kumar staked claim after cobbling together a coalition. Singh’s reason? To prevent horse-trading of MLAs. That the NDA — which includes both JD(U) and the BJP — won a comfortable majority in the repolls later that year and the Supreme Court declared Singh’s action unconstitutional probably makes Singh’s actions as governor self-explanatory.