Old ways have to give way to new. Set up permanent community kitchens 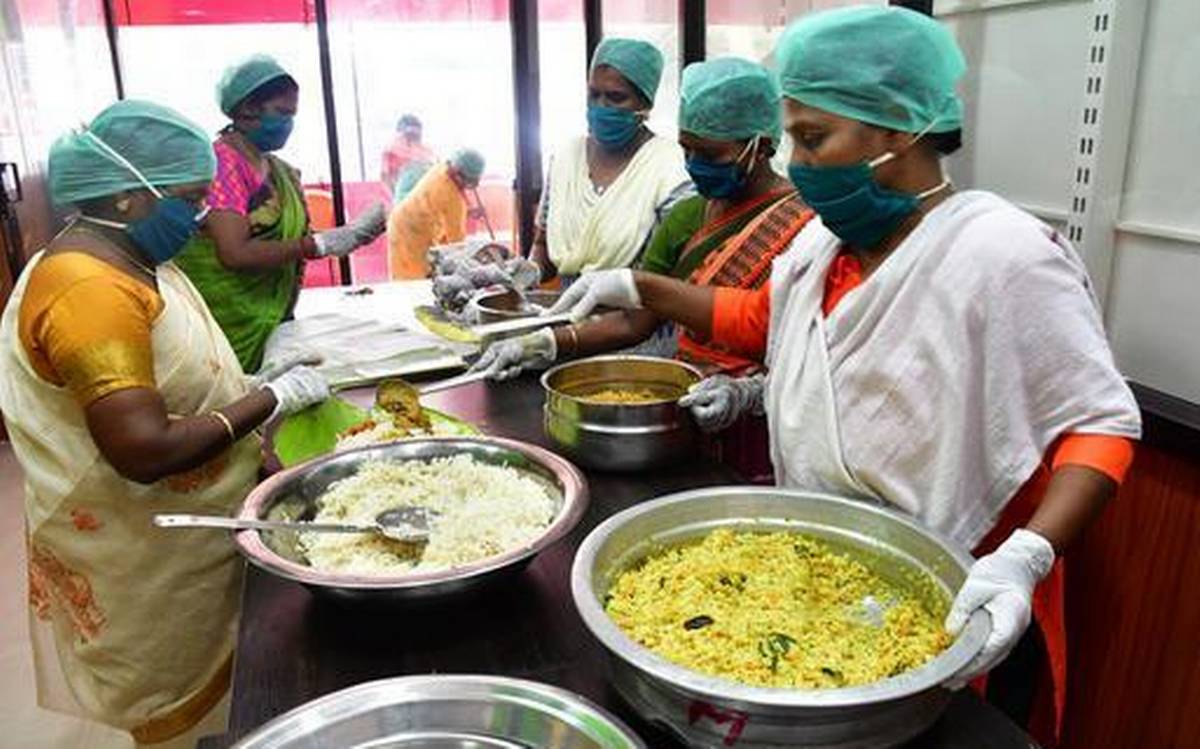 These days our country faces the twin challenge of feeding lakhs and lakhs of poor people driven out of work in urban areas due to the coronavirus pandemic and ensuring the safe return of these labourers and keep them in quarantine centres for 14 days as per the protocol laid down by Health Authorities before they are allowed to reach their homes in rural areas.

The other day, Finance Minister Nirmala Sitharaman mentioned that the central government has released Rs 11,000 crore to states as part of the Centre’s contribution to State Disaster Relief Fund (SDRF) to deal with the situation which includes provision of cooked food thrice a day to lakhs of poor migrant workers.

This was mostly in response to visuals played by the electronic media. Some of these reports were focused on the plight of migrant labourers put up in quarantine centres in several states who had not been provided ‘proper’ food or clean water. Others put the spotlight on the migrant labourers traversing on foot with their families in tow in the scorching summer with little or nothing to eat.
We have also seen how some of the gurdwaras across cities, NGOs, volunteers associated with various organisations have also chipped in and used the ‘community kitchen’ infrastructure and the well-established ‘supply chain’ to serve quality food to a large number of urban poor and migrant labourers.

But state agencies have mostly faltered in their efforts to serve cooked food in this time of crisis despite their efforts. No government wants people walking hundreds of kilometres to their homes in rural areas. Or the arrangements made at quarantine centres crumbling under pressure playing out on national television. Yet this happened. Why?

The short answer is that India’s administrative system is not designed, trained or equipped to undertake this task. Despite 73 years of Independence, the revenue department and the district administration headed by the Collector are ill-equipped to perform this task. Even when clear orders along with substantial funds are released to set up relief centres or quarantine centres, the district authorities generally zero in on school buildings – ubiquitous primary school buildings in rural areas and government secondary school buildings and such other infrastructure in urban areas. These generally have one India Mark II handpump and a set of 4 toilets for children with or without running water facilities in rural areas, and perhaps piped water supply and some more toilet sets in secondary schools in urban areas. There may be ceiling fans and tube lights but electricity supply in rural areas would largely be erratic. There is certainly no facility for cooking food for hundred or more persons who may be lodged there.
Now apart from making arrangements of procuring folding cots, bedding etc from the local ‘tent house’, the urban and village level functionaries also have to procure cooking vessels, gas cylinders, gas stove and trained cooks and their helpers who will stay and prepare food apart from arranging cooking material ranging from wheat flour, rice, pulses, salt, cooking oil, vegetables, tea, sugar, milk and the like. Lighting arrangements also need to be made at the place where food will be cooked for hundreds of persons and tens of cooks and helpers will stay. If only, all these could be done at the ‘click’ of the button.

In a vast and diverse country like ours, we need to institutionalise the system of running community kitchens because we keep facing problems of this kind in varying degrees every now and then. In rural areas, ‘community kitchens’ with mechanised cooking facilities must be set up by the government in each gram panchayat under the control of Gram Panchayat. This facility can be used to prepare mid-day meals for school children and children attending Anganwadi centres which also now double up as pre-school centres. So every day, this ‘panchayat community kitchen’ can be used to provide cooked food to children attending anganwadi centres, schools and may be, just about anyone who is prepared to pay Rs 10 for a meal. Gram panchayats should receive subsidised grains and funds earmarked for ‘conversion cost’ under the mid-day meal scheme and Mission Poshan. It should be the responsibility of the gram panchayat to ensure that no one sleeps on an empty stomach in the village. This facility will also come handy when a region faces natural disasters such as floods or the pandemic being faced today. Organising community kitchens in urban centers will have to be set up similarly under the municipal authorities.

It is time to empower and strengthen community and local governments to enable them effectively respond to natural disasters be it floods, earthquakes or health pandemics. Old ways have to give way to new one. (Courtesy: The Hindustan Times)