Rouhani, Zarif face criticism for suggesting talks with US 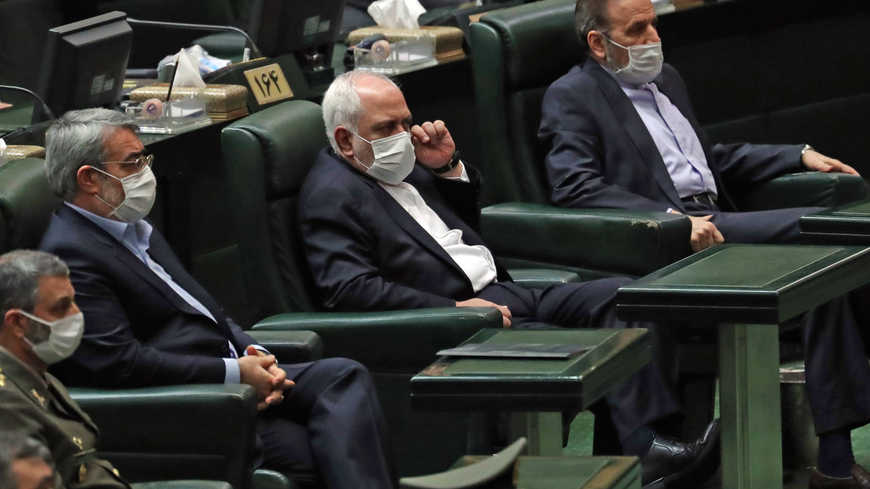 While Iran seeks the removal of sanctions, some officials are not keen to reenter direct talks with the US.

President Hassan Rouhani and Foreign Minister Mohammad Javad Zarif are under fire for suggesting that Iran could continue talks with the United States after President-elect Joe Biden takes office.

In a video recently released by Iranian media, head of the Islamic Revolutionary Guard Corps Quds Force Esmail Ghaani criticizes the idea of speaking with the United States. Ghaani, who took over the Quds Force after the United States assassinated the previous commander, Qasem Soleimani, said that Iran is under a new era in the region and would be on the defensive.

In reference to the nuclear deal, which the United States exited in 2018 after signing it in 2015, Ghaani said, “Ignorance is part of their nature and cowardice of their existence; every day you witness how the heads of states sign a paper and in utter rudeness and shamelessness before the world, they undermine their own signature. They have no ability to negotiate.”

It’s unclear when Ghaani made these remarks, but that conservative Iranian media published them today suggests that conservatives in Iran, even though they may want a reentry of the United States into the nuclear deal and the removal of sanctions, do not want direct Iran-US talks similar to those that occurred under the Obama administration.

Amir Abdollahian, adviser to the parliament speaker and former deputy foreign minister of Arab affairs, also discussed the possibility of Iran-US talks, saying that removing sanctions would be a priority and Iran can be trusted to keep its word. However, he added that both Donald Trump and Biden would be different in how they approach Iran, and neither is a “friend to the Islamic Republic and are not the key” to solving all of the country’s problems.
Zarif had recently said in an interview with the Islamic Republic News Agency that the US reentry into the nuclear deal, known as the Joint Comprehensive Plan of Action (JCPOA), would not be complicated. He said that if the United States reenters its obligations under UN Res. 2231, then Iran would reenter its obligations under the JCPOA. The United States exited the nuclear deal in May 2018 and reapplied US sanctions on Iran, limiting Iran’s ability to sell its oil and causing a great deal of damage to the country’s economy. Zarif also said that if the United States wants to rejoin the JCPOA, then Iran is ready to “negotiate terms” for US “participant status.”

Zarif’s interview was conducted with the Islamic Republic News Agency, which operates under the administration. The interview, which was also translated into English, clearly was conducted to have an international audience.

Rouhani was also quick to signal that Iran would be open to an improvement in relations, even if not talks, at the moment. “The topic is not negotiations with America; it’s another topic,” Rouhani said. “The new administration can return to [following] rules.” He said that under such a situation, “We can slowly move from a direction of threats to a direction of opportunity.”

The Rouhani administration only has five months to normalize international issues before another Iranian administration takes office. Rouhani will be keen to at least see that the JCPOA in decent shape before leaving. Conservatives, while wanting the removal of sanctions, will be eager to paint Rouhani’s eight years in office as a loss. Vatan-e Emrooz, the conservative paper, tried to sum up the Rouhani administration with their front page of Rouhani and Zarif hugging with the large headline, “Loser.” (With thanks from Al-Monitor)