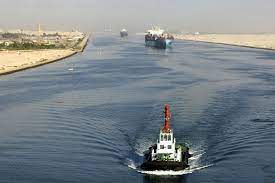 You would say the times have changed, and, old ideas are no longer relevant May be, but certainly, not all of them. Top leadership is more a punishment than a reward. The leader has to inspire the people, assuring them by living example, that their welfare is his highest priority.

When the British talked of liberty,justice,and,the rule of law in London,and,practiced just the reverse in Delhi,it was said,that,the ideas,nurtured in the cold climate of Europe,while coming over to hot and humid India,got tanned sailing through the Suez,and,white turned into black.This is the Suez effect or the Suez transform and that explains a whole lot.
Mallet du Pan,theorizing on the French Revolution,had asserted,that,revolution devours its children.Robespierre and Trotsky are clear examples.But thanks to the Suez transform,in India,the off-springs of the movements,swallow the movements,hook,line and sinker.The oldest political party of the country,the Indian National Congress is the prime example,the necessary and sufficient proof,of the Suez transformed,Mallet du Pan theorem.
From Tilak onwards,leaders after leaders,were examples of simple living,and,high thinking.Mahatma Gandhi always wore two and a half yards of loin cloth,the half-dhoti,and called it India’s minus fours.Once Gandhi,after meeting King George at the Buckingham palace, was asked by the British press that,did he really meet the Emperor wearing just the half-loin cloth,he smiled and said “Yes,the king was wearing enough for both of us.” Gandhi’s attire of home-spun khadi,was not for a photo-session or for a press conference,but was a manifestation of his genuine empathy for India of the masses.With Gandhi being the leader of the party,this also signaled the sympathy and concern of the Indian National Congress for the poor & the downtrodden.All the party leaders and workers,as a rule,wore khadi.The home-spun yarn,and,the hand-woven fabric,was in fact,the real connect between the party and the people.Khadi and the charkha were the symbols,the bed-rock,of the ideology of the party. Khadi wear meant simple living.The charkha emphasized rural development through village industry;mass production replaced by,production by the masses with the five lac villages as the engines of development.
Now where are the inheritors of this legacy?They are everywhere ,minus the legacy! Yes,the children have devoured the parents!!
Khadi is now worn only on the 2nd of October, over a branded vest, and, possibly on the 15th of August, akin to a wreath being placed on a memorial. The rural development programs have been elbowed out, by DDA,LDA ,JDA ,and every other DA, an unending list. of urban development authorities. Gandhi’s head-quarters were in Sevagram in a cluster of hutments in middle of a rural area,but the headquarters of the new age Gandhis are in,the fully air-conditioned,Jawahar Bhavan,in the center of the Lutyens Delhi.Gandhi abhorred,and,turned down the offer of security cover even after the bomb attack attempt on him,but the Gandhis have raised hell when,their,high security cover was down-graded just a notch,without even a pebble being thrown at them.
This is high living and simple thinking,just the inverse of the basic tenet,of the Indian National Congress. Suez transform Q.E.D.
Sadly this is true of all the political parties,old or new,throughout the nation.
Yes, you would say the times have changed, and, old ideas are no longer relevant May be, but certainly, not all of them. Top leadership is more a punishment than a reward. The leader has to inspire the people, assuring them by living example, that their welfare is his highest priority.
Dazzled by the prosperity of the Magadh empire,a Chinese traveller once questioned the great Chanakya on his simple living. The classic response was that,the Maha mantri lives in poverty so that the people can live in prosperity. Late as it is,would the political parties wake up,even now?
(Dr H C Pande is Vice Chancellor Emeritus , BITS, Mesra)