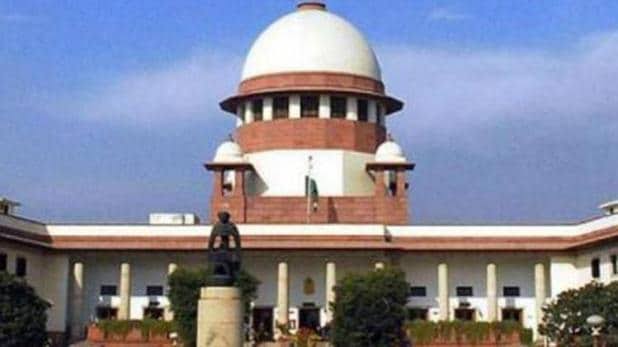 The faith of the people in the judiciary is the foundation of the third pillar and if the foundation gives way the entire edifice of democracy would come tumbling down.

With the two pillars of democracy, the legislature and the executive sinking continuously, the third pillar, the judiciary, is developing cracks and needs urgent attention. With a backlog of close to twenty million cases in various law courts the hope for justice in one’s life time has practically disappeared. The faith of the people in the judiciary is the foundation of the third pillar and if the foundation gives way the entire edifice of democracy would come tumbling down.
There is an urgent need for reforms as the people are losing confidence in the legal system itself and are increasingly justifying extra legal steps.There is the example of the Hyderabad killing of the killers of Disha which was largely welcomed by all and sundry.From the politician to the man-on-the street,across the board,the reaction varied from praise to acceptance. The emotive outbursts can be ignored but the conscious sigh of relief,at the justice meted out shot-gun style, demands introspection.It is high time to understand the enormous impact of such incidents,on the sub- conscious minds of the people,and,its grave consequences on maintaining even the semblance of a civilized society.
Why is it that a people,who,over the centuries,have held life as sacred and forgiveness as divine,should start baying for blood.The reason is not far to seek.It is simply the visible failure of the overburdened,high inertia,justice system.
In the great enthusiasm for ‘………..justice seen to be done’,His Honors seem to ignore that ‘justice delayed is justice denied’.Knowing the Court’s obsession with technicalities,the Legal Eagles exploit every comma and full stop in the Court procedures to ensure that the law itself goes into coma and justice comes to a full stop.Often enough cases are fought for three generations or more before any verdict is handed out,and,by then,the time elapsed makes it worse than useless.Verdict delivered after ages is not justice,but just a piece of paper certifying that the motions of justice have been gone through.No wonder that the people now are prepared to accept even Kangaroo court justice,to an elaborate justice system,where the letter of the law prevails over the spirit of the law,and,the case ends along with the aggrieved.
Yes,the law is blind,but the judge is not blind and any seasoned judge can surely see the games being played in the name of law.The judge is not a spectator in the stands,but,an umpire on the field and he has,not only to disallow,No-balls and Wide-balls but also penalize for the slow over rate.This is the crux of the matter.
The judiciary as a body has to be active and take action at various levels for the appointment of more judges,and a fast moving judicial process so that the match ends ,if not in 50 overs,then,at least in 5 days.
The peoples’ faith in the judiciary is getting eroded faster than ever and has to be restored for the sake of democracy. Two pillars are already in bad shape, the third must not give way. As of now, the judicial system seems to protect the guilty, the law protecting the wicked.
Your Honor, the ultimate Umpire, the common citizen, has declared the judicial system out LBW….Law before wicked. Howzat. (The views expressed by writer are personal)
(Dr H C Pande is Vice Chancellor Emeritus , BITS, Mesra)