Three-day conf on hypertension in Lucknow from September 9 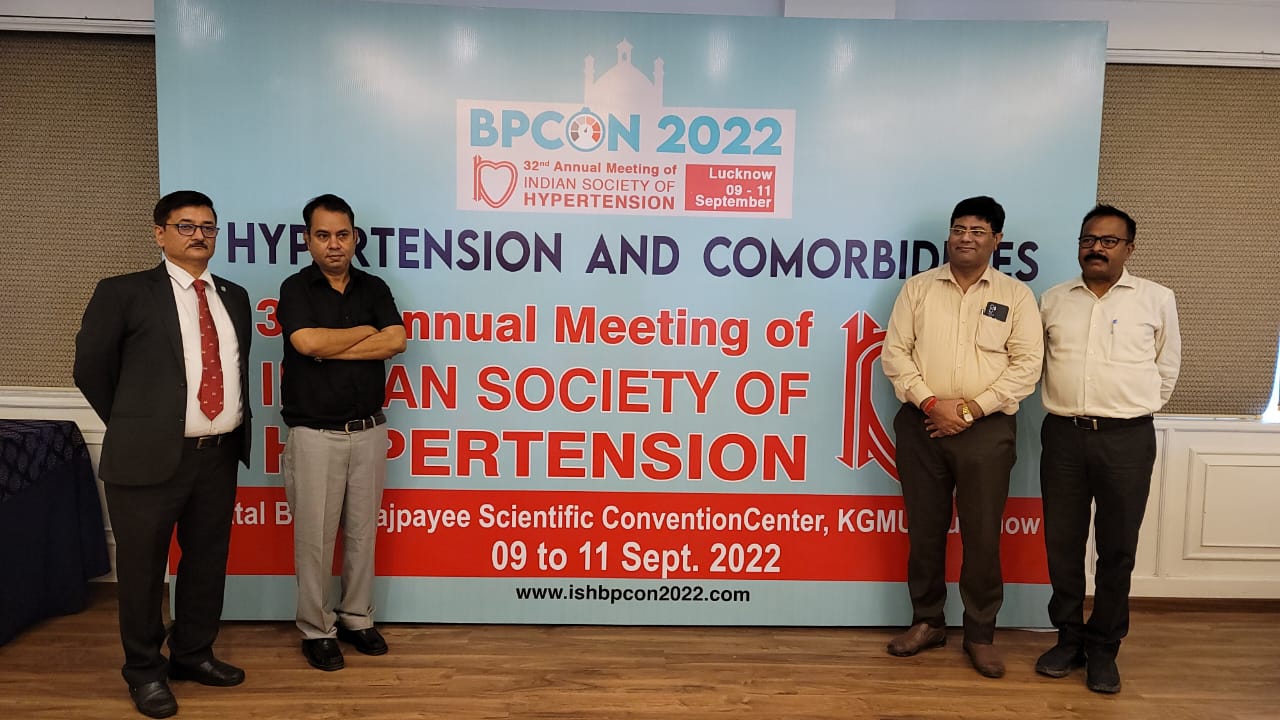 Hypertension is the single most preventable cardiac illness of the country and it is increasing very fast even in youngsters. In comparison to rest of the world Indians are developing these illnesses at early age. Hypertension is responsible for 70% of the stroke, 50% of the heart failure and 30% of the coronary artery disease.

Lucknow, September 8: 32nd National conference of Indian Society of Hypertension BPCON 2022 is being organized at Atal Bihari Bajpai Scientific Convention Centre, KGMU, under the aegis of Indian Society of Hypertension from September 9 to 11 2022.
The Organizing Chairman of the program is Prof Anuj Maheshwari, Professor, department of Medicine, HIMS, Safedabad. Prof Narsingh Verma, Head, department of Physiology, KGMU is Scientific Chairman and Dr Sajid Ansari, Cardiologist is Organizing Secretary
Hypertension is the single most preventable cardiac illness of the country and it is increasing very fast even in youngsters. In comparison to rest of the world Indians are developing these illnesses at early age. Hypertension is responsible for 70% of the stroke, 50% of the heart failure and 30% of the coronary artery disease. In India the prevalence of Hypertension is about 35%. Contrary to popular believes the rural India is also catching up with urban population. Medical students are also affected by Hypertension as per an study done at HIMS Safedabad Barabanki informed by Prof Anuj Maheshwari, Organizing Chairman of conference. Pressure of academic performance was found directly related to stress causing hypertension which may be associated with late night awakening, erroneous food pattern, increasing weight and family history. Physical inactivity is one of the most important reasons for hypertension in all segments of population.
Talking to newsmen here today Prof Narsingh Verma, chairman scientific committee said that in a survey done at various schools of the town has found that the voluntary sleep curtailment, the so called modern life style, physical inactivity, social demands and stress level in youth is also important preventable factor in hypertension.
He said that about 900 doctors from different parts of the country will participate in the program, about 60 national and international doctors will deliver lectures, including Dr. Rajiv Gupta, Dr. SN Narasinghan, Padmashree Dr. Kamalakar Tripathi, Padmashree Dr. Shashank Joshi, Dr. Ch Vasanth Kumar, 70 research papers will be presented during the conference.
The theme of this year’s event is Hypertension and Co-morbidities.
Dr Said Ansari, organising secretary said that the opening ceremony of the program will be held on September 10 from 6 pm onwards. The chief Guest of the program will be Prof PK Jain, retired head of department medicine Rani Laxmi Bai Medical College Jhansi and guest of honour will be Prof. R.K. Gokhroo, Senior Prof and Head, Post Graduate Department of Cardiology, Ex Principal and Controller, JLN Medical college, AJMER. He is President, Indian society of cardiology, Editor, Indian Journal of Cardiology.
The prestigious fellowship of society will be conferred to 42 distinguished doctors of the country in the program. Young scientific presenters will also be honoured. Former professors of King George Medical College and abroad will also be honoured in the program.