Economic empowerment, alleviation of poverty can only turn India into vibrant global power 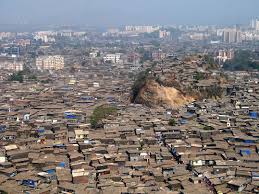 History’s lesson for humankind is that there are no friends when it comes to international relations. Its only self-interest which comes in the garb of “friendly relations “. Friendship lasts till such time that self-interests don’t clash. We have to remember this and work towards making India economically and militarily strong, writes former IAS officer V S Pandey

There is no law for ruthless victors and no justice for the vanquished is the immemorial lesson we have learnt from the history of centuries. Whether it was the prolonged war in Vietnam or in Korea, or invasions of Afghanistan and Iraq, the superpowers decide the rules of the game to subserve their nefarious interests. As Kissinger had famously asserted, “America has no permanent friends or enemies, only interests.’’ The current war between Russia and Ukraine conforms to the same credo. History proverbially keeps repeating itself – the powerful bully rides rough shod over the weak and if the weak still has the temerity to fight, they do so at their own peril. Individual nations have to make these tough choices when other more predatory nations, assault their sovereignty and territorial integrity. Within nations, we may have the rule of law where the rich and the poor, the weak and the strong can all aspire to get justice on an equal footing but when it comes to international affairs, it is Might is Right-the Darwinian law which prevails. It was true in the past, it resonates even in the 21st century.
It is the civilizational ethos of a nation which generally determines its conduct towards other countries, tempered with the vision, character and understanding of its current leadership. But ultimately it is the level of development, economic and military strength of a country which determines its standing in the comity of nations. Even a democratic organisation like the United Nations has a special category, the Veto powered countries, to decide all major issues. Unfortunately ,the conduct of these veto empowered countries , is a tragic diplomatic story of how unequally and unjustly several countries were treated , on flimsy pretexts. And because of this veto power and various existing blocs, many nations and millions of their inhabitants have suffered enormously in the past and are continuing to do so- at the hands of their omnipowerful tormentors, with no respite.
The saddest part of our times is that it is impossible to determine who is right and who is in the wrong. We are living in a “media society” where brainwashing is relentless and perception is created according to the needs of the government of the day and corporate powers. For decades, the United States of America has been dominating the media space through its internet and social media giants- Google, Twitter, Facebook etc. For decades, the super powers have been playing rapaciously selfish games and have succeeded in justifying their vulturine actions through a well oiled propaganda machinery and subservient media outlets. All this is done in the name of so called “Foreign policy” .What truly goes on, disguised as foreign policy ,was described very succinctly by the brilliant playwright Harold Pinter, “U.S. foreign policy is best defined as follows: Kiss my arse or I’ll kick your head in.” While accepting the Nobel Prize for Literature in 2005, Pinter boldly denounced , “The crimes of the United States have been systematic, constant, vicious, remorseless, but very few people have actually talked about them. You have to hand it to America. It has exercised a quite clinical manipulation of power worldwide while masquerading as a force for universal good. It’s a brilliant, even witty, highly successful act of hypnosis.”
It is the norm for all those nations who have the money , technology and have the means to propagate their self interest in the name of their so called cynical “foreign policy” -to promote welfare and goodwill across the globe. It is basically based on one country’s point of view being propagated with the use of rhetoric and semantics- which are externally very persuasive, but are cloaking a tissue of lies. It is a very successful masquerade to purportedly ”Saving democracy. ‘’ But how truthful? How principled? How selfless? It is difficult to fathom .

History’s lesson for humankind is that there are no friends when it comes to international relations. Its only self-interest which comes in the garb of “friendly relations “. Friendship lasts till such time that self-interests don’t clash. We have to remember this and work towards making India economically and militarily strong. It is a sad commentary on our governments that a country inhabited by 140 crore people is struggling to catch up with the GDP of countries with populations of seven crores or even lesser. Clearly we have failed to efficiently utilize the productive capabilities of our people for all these years by keeping them illiterate and unskilled. In his famous book “Wealth of Nations”, Adam Smith, the father of economics, wrote centuries earlier that the wealth of nations is not only their gold and silver and other possessions but the quality of the manpower the country possesses. It seems our leaders think otherwise. So until we remove corruption and poverty, skill our people adequately , provide them good education then only we will transform and become an economic superpower, which we were in the not so distant past. No kind of treaty , grouping, summit, soft power or diplomacy is going to enable us attain our rightful place on this planet and become a Vishwaguru. Without a strong economy ,no nation can become militarily strong .If we want India to exercise heft internationally, we have to become strong economically. None listen to the poor and weak. The time has come for us to self strengthen and become the next superpower. We must not merely talk big ,we must Act big too.