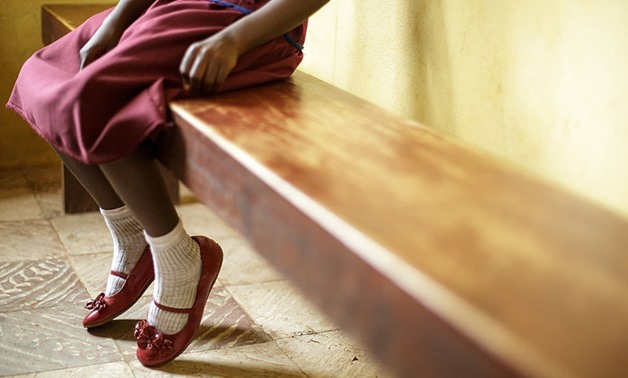 New Delhi: June 5: Egyptian Dar Al-Iftaa has declared that female genital mutilation (FGM) is religiously forbidden, adding that banning FGM should be a religious duty due to its harmful effects on the body.Â Â This is first Fatwa against FGM from a country facing serious problem in this matter. The practice is found in Africa, Asia and the Middle East countries.

However this tribal and cruel practice of female genital cutting or female genital mutilation (FGM) is not only prevalent in African or middle east countries but also in India. Young girls aged six and seven are regularly being cut right here, in the country. Mumbai abounds with untrained midwives who continue to scar young girls from the Bohra community, a Shia sub sect. Despite hectic efforts from enlightened people of the Bohra community to ban it the cruelty has not yet stopped. This is being surreptitiously done in the community in Mumbai and other places in the country.

Egypt Today reported from Cairo said that Dar Al-Iftaa also explained that FGM is not mentioned in Islamic laws and that it only still occurs because itâ€™s considered to be a social norm in the rural areas and some poor parts of Egypt.

FGM is considered as an attack on religion through damaging the most sensitive organ in the female body. In Islam, protecting the body from any harm is a must and mutilation violates this rule; therefore, if the parents of females who undergo FGM consent to the abhorrent surgery, they should be punished.

The Minister of Health and the Administrative Court of Justice decided that â€œFGM should be banned in hospitals and public/private clinics. And it should only be done if the female suffers from a serious disease, which is decided by the head of the department of Gynecology based on a doctorâ€™s recommendation.â€

The court of Justice approved that the surgery will not be against the law only if it is approved by the Minister of health himself.

UNICEFâ€™s 2014 studies showed that 91percent of females of the age between15-49 undergo FGM in Egypt and over 80 percent of these females are from the age group of 0-15 years old. It has also been found that itâ€™s more common in the rural areas and less common in the wealthy parts of the country.

The Surgery has three types:

The United Nations is committed to work hand in hand with the Egyptian Government to fight FGM, stating that â€œThe United Nations in Egypt recognizes the ongoing efforts of the government, which has led to the reduction of FGM in the younger age groups (15-17years) by more than 13 percent since 2008. Moreover, the adoption of a National FGM Strategy 2016-2020 and most importantly, the recent decision to amend and stiffen the law criminalizing FGM were critical steps taken to address FGM.â€

This Statement along with Dar Al-Iftaaâ€™s statement approve that FGM should be banned in Egypt and Egyptian Minister of Health, Ahmed Emad, presented six steps to eliminate FGM by 2030:

1. Criminalizing FGM in the penal code; it should be punishable by imprisonment.

2. The Attorney General should record these crimes as a reference in the investigation of FGM incidents.

3. Hospitals are required to inform the police when they receive female circumcision cases.

4. Ministry of Healthâ€™s sectors are required to carry out training programs and educational programs on the law, covering the penalties and negative consequences of circumcision.

5. Implementation of the Supreme Council of Universitiesâ€™ approval in 2017 to add an educational material against the crime of FGM in the curriculum of obstetrics students in medical school programs.

6. Commitment of all ministries and agencies to integrate the curriculum against FGM within their training and service programs.

Dar Al-Iftaa stressed that if the surgery doesnâ€™t have the necessary tools, sanitary requirements and the approval of a certified doctor that the patient is ill and is in need to remove this part of her body, then itâ€™s considered illegal and religiously forbidden, and it should be banned.Â