Bureaucratic overhaul needed to weed out rampant corruption in Govt 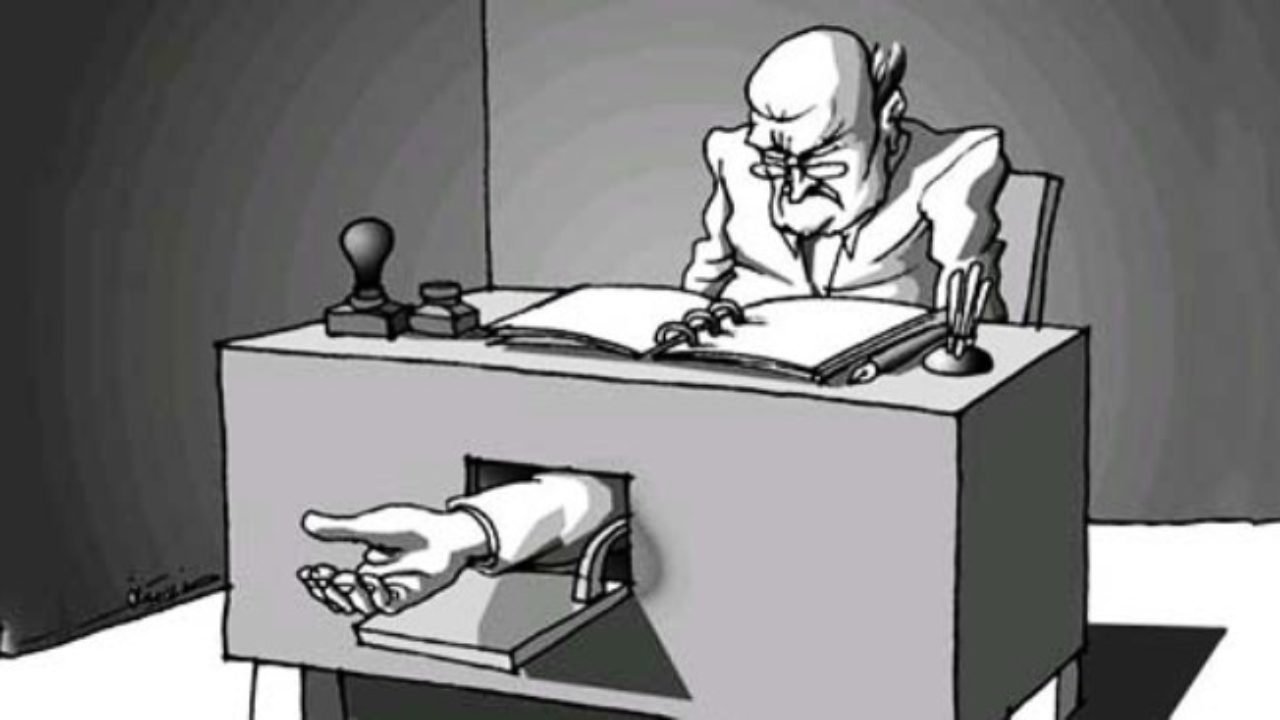 The Union Minister for Road Transport and Highways Nitin Gadkari recently blasted the bureaucrats of National Highway Authority of India (NHAI) for rampant corruption in the department. Addressing a virtual gathering during the inauguration of a building in Dwarka the minister called them “Nikamma and corrupt”.
The anguish expressed by the minister in fact displays the helplessness of those at the helm of affairs today. This is not the first time that a senior politician in power has publicly admitted to the sorry state of affairs prevalent in the system. Many Chief Ministers have publicly complained in the past that the bureaucracy, particularly those working in senior positions, do not listen to them. Not long ago, media reported that Prime Minister Narendra Modi had also expressed his dissatisfaction with the performance of several Union Secretaries and warned them to improve their performance.
Mr Gadkari was extremely unhappy as the entire project took almost a decade to complete with severe cost escalations. He said that it was time to throw out the plenty of incompetent, useless ‘non-performing assets’ in the NHAI. The minister said that NHAI is full of inefficient officials, who are there just to create hurdles by referring every matter to committees. He added that time has come to ‘suspend’ and ‘terminate’ them and reform the functioning of the organisation. Gadkari squarely blamed the Chief General Managers and General Managers for the mess NHAI finds itself in today. He even went to the extent, of asking the present NHAI chairman to identify those senior officers responsible for the massive delay in the project as the building project was conceptualised in 2008, for which tender was awarded in 2011 and it took almost nine years to complete, a duration which saw seven NHAI chairmen and two governments. He directed the Chairman NHAI to ensure that photos of these officials be hung, prominently, for display in the NHAI building. 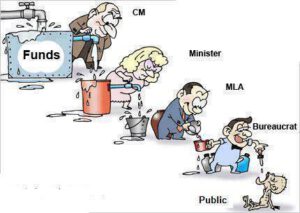 The question is what compelled senior minister like Mr Gadkari, who has been in-charge of this ministry for the past six years, to go public with his frustration of not been able to make the NHAI bureaucracy to change their way and start performing efficiently. This culture of inefficiency, inaction and corruption is not new to our system but has been there all along. As far as I remember, no sincere effort to reform the system was ever attempted, at least during the past four decades, despite the fact that during this period two Administrative Reform Commissions, after detailed studies, submitted voluminous reports containing plethora of recommendations to make the system public service oriented, efficient and accountable.
Undoubtedly, in our country the elected governments are vested with all the authority and power to ensure that the system serves the people with integrity and delivers all the governmental schemes and programmes with honesty and efficiency. Also they are accountable to ensure that the nation, all its institutions and organs work with utmost honesty and integrity. We have a plenitude of laws and a very comprehensive mechanism already in place to combat corruption effectively, but it has not helped the situation. Corruption remains the biggest ill plaguing our people and is like cancer eating into the vitals of our nation. There is not even one institution in our country which is not affected by this malaise. Once corruption takes roots in the system, inefficiency, incompetence , “nikkamapan”, and other ills just seep in as a by-product.
The challenge before any government is to ensure honest, efficient and accountable governance. Both the political executive and the bureaucratic structure have to work in tandem to ensure achieving this goal. The bureaucracy and particularly those occupying senior positions have to play a key role in remedying the situation. Corruption, which normally travels from top to bottom, is an all pervasive ill going on unabated, unhindered for long under governments of all hues and colour, To remedy it both the political and bureaucratic structure has to do some serious soul searching and come out with the solution. One such sincere effort was made more than two decades ago when the Uttar Pradesh IAS Officers Association fed up with the corrupt practices of several top ranking IAS officers of their cadre started a self-cleansing exercise which culminated in the identification of three most corrupt IAS officers of their cadre through a secret ballot. This self-cleansing exercise could not be undertaken elsewhere but it did start a kind of churning and debate in the system for the good. Such exercises can bear fruit if they are undertaken at regular intervals across the system.
On the government’s part, all the recommendations made by the two Administrative Reforms Commission report and several other committees set up by central and various state governments should be culled out and action be taken to ensure their implementation. Many of such recommendations like posting the right person to the right place, regular and extensive evaluation of the personel and weeding them out if not found up to the mark, giving weight to specialization in the concerned area, and no compromise on integrity , etc, are such that they are universally applicable and where ever implemented ,they were instrumental in bringing about the desired improvements in administrative systems and governance across the globe. 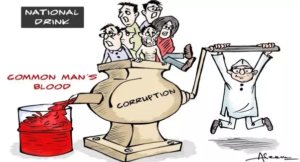 Any government seriously interested in reforming the system and making it honest, efficient, responsive, accountable and public service oriented has to move beyond issuing warnings. Who is corrupt and who is honest is known to every one in the system , but the problem is that in most of the cases a corrupt is chosen over an honest in the name of efficiency as if only corrupt can be efficient and the honest are deemed to be inefficient and incompetent. It is the priority of every system to ensure that honest and competent people are placed in all those positions which matter and corrupt, inefficient and “nikkama” should be shown the door. Our country can ill afford any further delay in cleaning up the system lest we imperil our hard earned democracy.