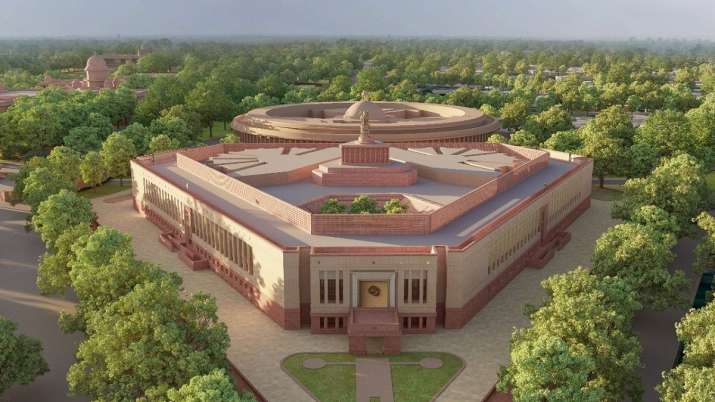 Notwithstanding a thousand & one national development projects unable to take-off due to insufficient funding, the government has planned a spending spree to the tune of Rs.10,000 Crores for building a new Parliament complex. With health, education and housing sectors struggling with low funding this extravagance is hard to explain.
The proposed world-class facilities are not going to increase the efficacy of the Parliament one iota. The grand building will not prevent walk-outs or shouting bouts or irrelevant discussions or filibustering of sound proposals. It is the standard of debates that make a parliament meaningful and not marble, granite, air-conditioning & smart PA systems. It is the content and not the packaging that matters. And then, an impressive building already exists which has served the purpose so well all these years.
Nearly Rs.10,000 Crores as a corpus would amount to roughly an income of Rs.1000 Crores per year enough to provide one lakh students scholarships of Rs. one lakh per year for higher education or provide 10 lakh students scholarships of Rs.10,000 per year for school education. Alternatively one could build 1000 middle schools or 100 inter colleges or 10 universities every year. And again 1000 primary health centers could be added every year or medical expenses, on an average, of 10 lakh patients could be met annually.
One wonders about the genesis of this grand idea. Certainly, it cannot be anyone in touch with the ground truth. In India one is not just in touch with poverty but is engulfed by it. Priority has to be for building people, not palaces.
So who is the culprit A politician? A bureaucrat? A builder? A contractor? May be the entire ‘Gang of Four’.Anyway, the foundation-stone of a grand new Parliament building has been laid hoping that this would result in grand debates and grander actions and make history. May be so. However one thing is certain, to repeat the famous remark, “Oh God, what wonderful ruins it would make”.
(The writer is Vice Chancellor Emeritus of Birla Institute of Technology, Mesra)