Nexus between corrupt politicians and bureaucrats have failed the Nation 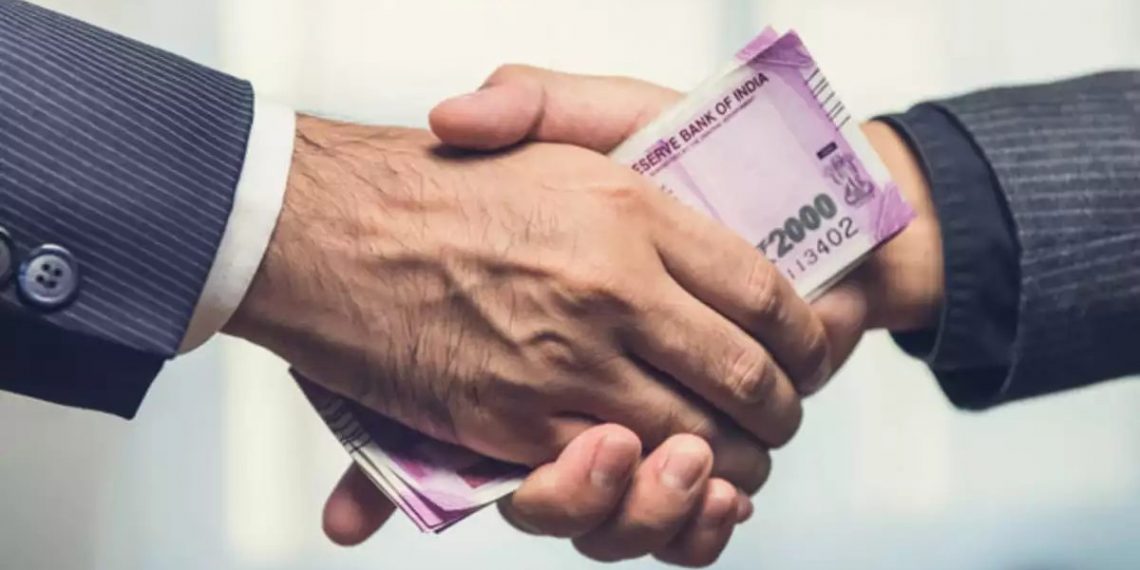 Elimination of corrupt elements from governance is only way out to establish rule of law and restoration of honesty and integrity in the system.

A few days back Prime Minister Narendra Modi, while speaking in Parliament, lambasted the IAS and literally blamed the babus for all pervasive poverty and praised the wealth creators practically in the same breath. There is not even a murmur about his utterances as if it is just another political speech of no significance. What the PM said is significant in the sense that his words expressed a kind of helplessness in dealing with the bureaucratic system led by IAS officers. This has been a challenge for all the political leaders whether at the central or state level. The problem starts, when after winning elections and taking oath of office, they immediately start facing the burden of humungous problems created by previous incompetent and corrupt governments. Secondly, governance, being a very complex system, requires a set of skills including knowledge, competence, integrity, courage, tolerance, benevolence etc. which barring few exceptions, most of them do not possess. This leads to the critical problem plaguing our political leaders running the government from the beginning, that is they start depending on those who are inferior in all above mentioned skill sets. As the saying goes, second rate persons always choose third rate persons. This syndrome has led to a kind of mediocrity prevailing in our system. The Government being an invisible entity, no leader feels responsible for the down slide in governance and poor delivery systems. The inevitable blame game begins, the bureaucracy becomes the fall guy responsible for all the mess, misgovernance, corruption, poor delivery system and what not. Undoubtedly, the bureaucracy, barring a few exceptions, is corrupt, self-serving, inefficient and insensitive to people’s aspirations. But it did not become what it has become on its own. The political leadership, over a period of several decades, has played a major role in transforming an otherwise brilliant bunch of young, educated and trained persons into a body of public servants who do not serve the people but service their own welfare and self-interest. 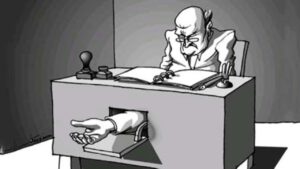 The constitution makers, in the true spirit of democracy, vested all the powers of government in the elected executive, i.e Prime Minister, Chief Ministers, Ministers and the Cabinet leaving only the powers of implementation with the permanent bureaucracy. The elected executives were tasked to provide leadership and guidance to the executive arm of the government and were supposed to lead by example. The political leadership failed miserably from the very beginning to live up to the expectation of constitution makers in every respect. Most of those who occupied elected executive positions in the past and present, barring few exceptions, were and are corrupt, self-serving, inefficient and not looking beyond their narrow selfish personal and political interests. Once the political leadership failed to live up to expectation, integrity wise, and instead of providing the requisite ethical leadership -did the contrary-started pressurizing the system to fall in line and to fulfill their nefarious political ends, the system naturally crumbled over a period of time and the permanent bureaucracy became what we see today -primarily a bunch of corrupt, inefficient, self-serving and insensitive set of people who in collusion with the corrupt political system, have abysmally failed the nation. The political leadership has been mandated and tasked to clean the system so that it becomes people oriented. They have to possess the moral fibre to guide the system, to bring about improvements in all aspects of governance. For this to happen they must be surrounded by people who are honest, sincere, delivery oriented and those who can give free and frank advice without fear or favour and are not scared of losing their coveted positions. Those in power should not pick those who are sycophants, have not served long apprenticeship in honesty, hard work, and are fearful of giving honest advice and working courageously . These set of selfish bureaucrats know the art of appeasement and manipulation of the rules and if one looks at their past, they have always been successful in befooling those in power irrespective of the political party.
Blaming the IAS or any other system will not help the governments in improving governance. The political executives have to first become honest, start respecting the rule of law, stop acting arbitrarily, expel all the rotten elements from the bureaucratic system and start respecting integrity and honesty. They have to keep giving these signals consistently to the system that honesty will be rewarded and corruption will not be tolerated at any cost. Corrupt elements, particularly in the higher echelons of the system, have to be identified (this is the easiest task, as every one in the system knows who is corrupt and who is honest) and removed after exemplary punishment. This is the easiest thing to do to improve the system, make the government work and deliver to the people. It requires no extra budgeting, neither a booming stock market, nor any borrowing from World Bank, it only requires the honest will of those in power. The ball is firmly in their court.