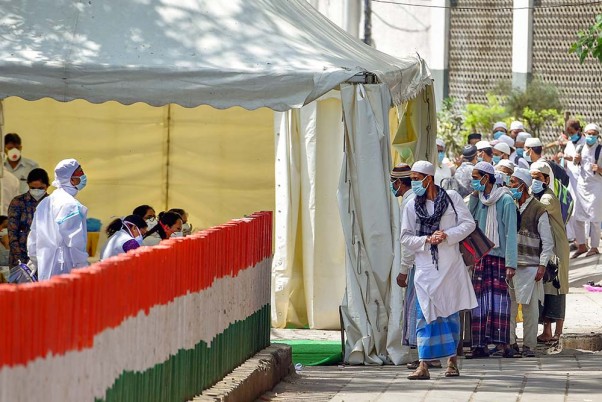 The bench headed by Chief Justice of India S A Bobde said the Centre’s affidavit had not addressed two important questions: the applicability of the Cable Television Networks Act upon electronic media and legal regime on this issue.

New Delhi: The Supreme Court has expressed its displeasure over the Centre’s affidavit in a case related to the media’s reporting of the Tablighi Jamaat attendees in Delhi testing positive for Covid-19, and asked it to evolve a mechanism to deal with complaints against the electronic media.

In its latest affidavit filed before the Supreme Court — it had filed an earlier one in October — the Union Information and Broadcasting Ministry said news reports and articles in print and online publications on the issue have largely been “balanced and neutral” and not communal. It mentioned The Indian Express, The Times of India and the Hindustan Times to say that they “have carried largely factual reports in this context” and that “online such as The Print and The Wire have also undertaken objective reporting, through news reports, and analysis, through opinion and editorial articles, of events concerning the Tablighi Jamaat”.

The ministry’s affidavit, however, is silent about the coverage of the event on television news channels.

The bench headed by Chief Justice of India S A Bobde said the Centre’s affidavit had not addressed two important questions: the applicability of the Cable Television Networks Act upon electronic media and legal regime on this issue.

“We are not satisfied with your affidavit…We had asked you to specify how the Cable TV Act can be used to control the content. The affidavit is silent on this. What steps can you take to deal with such complaints?” the bench asked the Centre.

The CJI’s observations came during the hearing of PILs filed by the Jamiat Ulema-e-Hind and Peace Party seeking directions to the Centre to stop certain sections of the media from disseminating fake news.

“We want to know as to what is the mechanism to deal with these content on television. If there is no regulatory mechanism, then you create one,” said the bench, also comprising of Justices A S Bopanna and V Ramasubramanian.

“Your affidavit is silent on the mechanism to regulate… It cannot be like we have to refer the matter to private bodies like NBSA (News Broadcasting Standards Authority)… Else we will hand it over to an outside agency,” the bench noted while posting the matter for three weeks later.

During the hearing, Solicitor General Tushar Mehta told the bench that there is no regime for content regulation for electronic media. “Cable is only a medium for the transmission of various channels. The Cable TV Act deals with the medium of transmission. However, there is a power under the Act to prohibit transmission,” Mehta said.

The Centre’s affidavit, dated November 13 and signed by I&B Secretary Amit Khare, said that “on any particular issue, there could be several views and perceptions in the public domain” and as a “matter of journalistic policy, any section of the media may seek to highlight different events, issues and happenings across the world as per their choice”.

Sharing details of the social media accounts or weblinks blocked by the government, the affidavit said the Ministry of Electronics and Information Technology had issued 734 directions asking for false news concerning Covid-19, which were likely to create panic among the public and disturb public order, to be taken off. Such directions for blocking of content, it said, had been issued in the month of April to Facebook (113), Twitter (615), YouTube (3) and Instagram (12).

In October, the bench had slammed the government for its ‘evasive’ affidavit. The CJI had told the Centre, “We must tell you… you cannot treat the court the way you are treating it in this case. You have filed an affidavit by a junior officer. We find it extremely evasive. It mentions nothing about bad reporting. How can you say there’s no incident?”

The bench had earlier also asked the Centre for information on laws under which the government had exercised similar powers in the past; it had also said that it wanted to know if the government had any power to prohibit broadcast of TV signals.