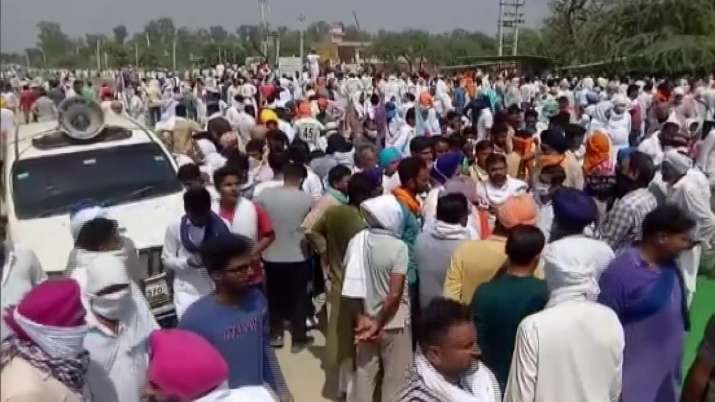 With sheer lack of trust between the agitating farmers and the NDA government, it is advisable to shelve the controversial farms laws.

Democracy is all about looking after the people and their welfare. Many a time a democratically elected government in its wisdom passes some laws or takes some decisions in the public interest but people at large, for whose benefit the laws were passed, express their doubts about the intention of the government in passing those laws. Undoubtedly governance is a very complex mechanism and its various nuances are seldom understood by all and it is left to the government to do all the explaining.
Nobody in the government should mind the opposition to its policies or actions as various political parties, interest groups, various sections of the population have differing interests which, at times, clash with each other. Again, it is the task of any government of the day to not only do the explaining to each section of the population but also take a holistic view about the issue and take decisions in the best interest of not only the largest and the most vocal sections of the population but in the best interest of all the people residing in the country.

The current impasse on the three farm bills is one such issue where the two sides are not at all in sync with each other. The Government’s case is that these reforms are essential for the growth of agriculture sector, which is very crucial for our country’s future as nearly seventy percent of our population resides in rural areas and is still dependent on agriculture. The farmers, on the other side, are totally opposed to these three laws on the ground that this will throw the farming community at the mercy of big corporates and the government is going to do away with the minimum support price scheme, MSP as it is called. Farmers are also totally opposed to the idea of contract farming and they feel that big corporates and moneyed people will take away their lands. Naturally both these apprehensions are not without basis. Looking at the overall condition of poverty stricken farmers across the length and breadth of the country, the ideas like contract farming etc. need to be looked into with lots of skepticism .

The two sides have been talking to each other for the past several days with no breakthrough in sight yet. During these talks the government has expressed its willingness to carry out some amendments in these laws and is ready to give in writing that MSP will continue. Accordingly, a proposal in this regard was sent to farmer leaders but farmers are adamant that government should first repeal these three contentious laws and then only they will be willing to discuss all the issues. The result is that farmers are on agitation path and have blocked several highways leading to the national capital. 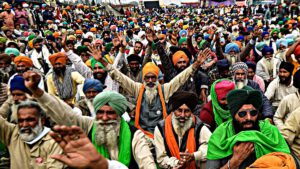 This is not the first time this kind of situation has arisen when thousands of people are sitting on dharna in support of their demands. In the present impasse all the unions, associations and farmer’s bodies are unanimous in their demand that these three laws be repealed. This is an unprecedented situation where farming community consisting of crores of people, led by their leaders, are before the government demanding that laws be repealed which were supposed to be beneficial to them only. The question before the government is- what should it do now? Normally people running the governments have the thought process that if the government buckles under the pressure then it will lose the will and momentum to carry out any further reform to take the country forward. History is replete with examples that listening to popular voice always helps the nation and the government of the day. Ultimately it is the will of the people which should prevail and democracy is all about this. Nobody stops the government from coming again with new laws after proper consultations with all the stakeholders. Otherwise also there is so much left to do to improve the agricultural sector for which no new laws are required. Also agriculture being a state subject, the government should leave it to the states to carry out necessary amendments in these laws as per the people’s wishes.

The Modi government has an enormous lot to do to improve the rotten education and health systems, externally poor infrastructure facilities across the country, poor industrial and manufacturing base to name a few. These sectors have seen no improvements during the past six years of NDA rule. Hence he should not waste his hard earned political capital for these three farm laws, which in my opinion will prove to be worthless and will not have any positive impact on improving the agricultural sector. The time has come for Prime Minister Modi to junk these three farm laws which have only caused unnecessary friction between the farming community and his government.
(Vijay Shankar Pandey is the former Secretary, fertilizer, Government of India)