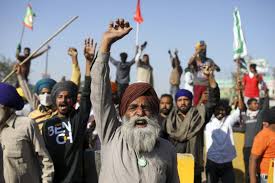 These farm reforms are going to cause more pain than relief to millions of poor farmers across the country.

The farmers agitation is going to complete two long months now and has still been continuing despite intervention by Supreme Court .The farmers have not only refused to appear before the four-member committee constituted by the apex court, they have raised serious questions about the choice of members on the committee. Several farmer leaders have come out openly stating that the Supreme Court appointed committee is consisted of only those who have been regularly speaking and batting for the three controversial farm laws. There is no denying the fact that most of the Supreme Court appointed committee members are pro farm laws and they have been arguing in favour of these farm laws at various forums.
Both sides have advanced arguments to support their stand. Let us first consider the arguments advanced from the government’s side. They say that the agriculture sector is crying for reforms, for decades, but none of the previous governments could show the courage and vision to carry out these reforms which have been debated about for decades too. Various committees, set up from time to time, recommended that the APMC act be amended , freedom be given to farmers to sell their produce to any one they want and private players be allowed in the farm produce markets which has become a monopoly of the agriculture produce market committee system, which is corruption- ridden and controlled by middle men called arathias. The second argument advanced by the government is that farmer should be allowed to fix the price of their own produce like any other produce. It has been argued that through these farm laws agriculture markets will be freed from the clutches of “Arhatias” i.e middlemen. The Government also argues that these reforms will bring in massive private investment to improve the agricultural market infrastructure like storage spaces, godowns, cold chain systems and farm mechanization etc.
Let us list the concerns voiced by farmer bodies agitating at Delhi borders. Their main argument is that farming has been a losing proposition for decades hence critical need for a law to provide a minimum support price guarantee to farmers. Farmers also argue that with the entry of corporates with deep pockets, they will suffer further due to unequal status of the two sides, farmers being the weaker side. Farmers are also very wary of the contract farming law and they apprehend losing their lands to moneyed corporates in the long run. They argue that entry of corporates elsewhere in the world, has led to millions of farmers losing their lands and becoming wage earners in big corporations.

The reasons given by farmers in opposing the farm acts cannot be ignored just by discrediting them and their leadership on various pretexts. Either their concerns should be met with logic, arguments and past experience of these kind of market led reforms elsewhere or they should be heard patiently, without any preconceived notions, and farms laws should be withdrawn as per their demand. The rigidity shown by government and sticking to the “no withdrawal” stand, will lead the government nowhere. It is not a question of who has more strength or staying power and who is to blink first, the question is whether these farm laws are really going to benefit the farmers or not? 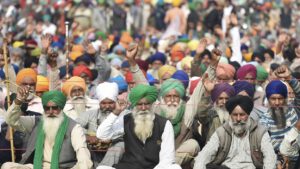 As is very well understood, the agricultural produce market does not operate like any other market, in the sense markets are understood as places where demand and supply of any product determines the price. The total production for a particular crop arrives in the market in a short span of a month or so but the demand remains static and remains nearly one tenth of the market arrivals leading to crash in prices. Clearly if market forces are let loose here, it is going to cause further havoc for the generally poor farming community. Why removing the APMC act in Bihar and Kerala did not change the fate of farmers there, needs to be answered by the government.
We ought to look at our own economic condition, our level of underdevelopment, lack of proper education, presence of large number of small and marginal farmers, lack of infrastructural facilities in rural areas particularly, minimal investment by governments in the past and present to enhance storage capacity, cold chain infrastructure, development of large number of agriculture markets etc. With all these bottlenecks existing, if these kind of high sounding policies are implemented without due consideration of ground realities, any government is bound to face headwinds going for these kind of reforms. Prudence lies in accepting the reality that these reforms are going to cause more pain than relief to millions of poor farmers across the country.
Another argument advanced to support the farm laws is that it is going to eliminate the “bichaulia” , the hated world for middlemen. Nothing can be more far from the truth than this. Anybody other than the producer, in this case the farmer, and the consumer is a bichaulia in the true sense of the term. If the village or the mandi arathia is a middle man then how can the private businesses, corporates, malls, cold chain owners can be any different from the bichaulia. Naturally farmers will and should prefer to deal with a bichaulia residing nearby or stationed in a neighbourhood rather than dealing with a bichaulia sitting in Mumbai, Banglore, Kolkata, Delhi , and other such places with deep pockets , tons of money and political power. In case of any dispute, can the farmers ever have an equal fight ? In no way , there will be one and only one loser and that will be the farmer. The farmers are absolutely right here. The way out to improve agriculture and thereby improve the condition of farmers economically and in every other way is that government should invest heavily to improve infrastructure in rural areas, create storage facilities, establish a wide network of cold chain facilities across the country, re-establish and galvanize the agriculture extension machinery, improve the seed production, testing and certification, improve irrigation facilities using rain water harvesting facilities, drip irrigation systems, expand and make effective the soil testing facilities which at present are able to cater to a fraction of the existing requirements and focus on soil conservation etc. 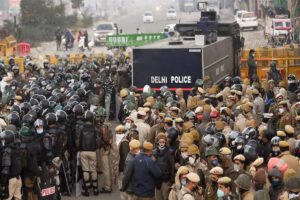 The time has come to tighten the agriculture related implementation systems in all respects , which will resolve the farm distress. These laws are not going to improve things in any way, they will rather bring disaster nearer to an already worsening farm distress. Those running the government should always remember that they are there only for the people, so they need to bow to people’s wishes every time, democracy is all about this.