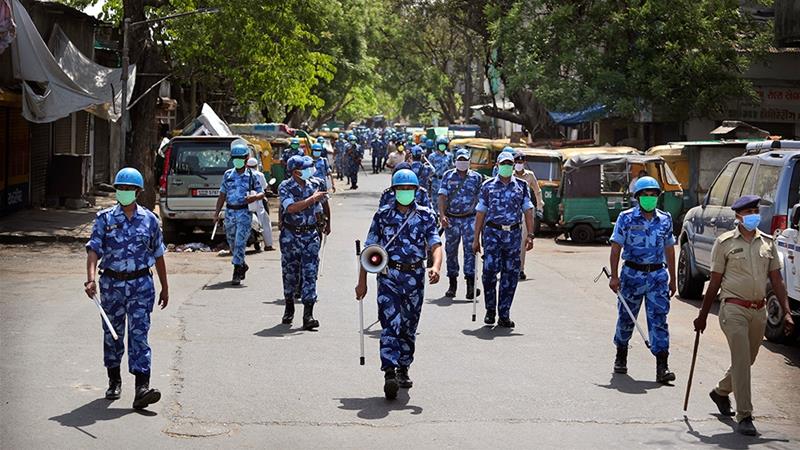 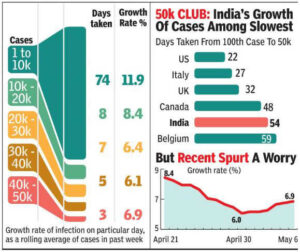 India’s active Covid-19 cases are growing faster at 6.6% now, leading to a shorter doubling time of 11 days, compared with 15 days on May 2 when the growth rate for such cases was 4.8%, data analysis by economist Shamika Ravi, earlier part of the Prime Minister’s Economic Advisory Council, showed. The trend is driven by rising concerns regarding states like Maharashtra, West Bengal, Gujarat, Delhi and Tamil Nadu where the infection is at worrying levels, mortality rates are increasing and there is no specific strategy for contact-tracing and testing, she added. Pointing to varying rates of testing, Shamika said in Kerala’s Kasargod district when 100 people came out positive, 20,000 samples were tested while in Mumbai 6,000 samples were tested against 100 positive cases. According to her, there is a big second wave in several states with growing concerns in Gujarat, Delhi and Tamil Nadu, along with Maharashtra where the caseload is alarmingly high. “It is a combination of containment, contact-tracing and testing that will help flatten the curve. If containment and contact-tracing is poor, active cases will keep rising,” she added. So far, the government has said the doubling rate is rising with the figures taken for all cases and not only active ones as in Ravi’s analysis. During April 25 to May 5, the national Covid-19 death rate per million was 1.31, whereas both Maharashtra and Gujarat have more than 5, according to Ravi’s analysis.
The World Health Organization is in talks with China to send a follow-up mission to the country to investigate the animal source of the coronavirus pandemic, said Maria Van Kerkhove, head of WHO’s emerging diseases and zoonosis unit. WHO officials previously said the coronavirus emerged from a seafood market in Wuhan, China, and likely originated in bats, then jumped to an “intermediate host” before infecting humans.