It’s no secret that Donald Trump is one of the most aggressive arms salesmen in history. How do we know? Because he tells us so at every conceivable opportunity. It started with his much exaggerated “$110 billion arms deal” with Saudi Arabia, announced on his first foreign trip as president. It continued with his White House photo op with Crown Prince Mohammed bin Salman in which he brandished a map with a state-by-state rundown of American jobs supposedly tied to arms sales to the kingdom. And it’s never ended. In these years in office, in fact, the president has been a staunch advocate for his good friends at Boeing, Lockheed Martin, Raytheon, and General Dynamics — the main corporate beneficiaries of the U.S.-Saudi arms trade (unlike the thousands of American soldiers the president recently sent into that country’s desert landscapes to defend its oil facilities).

All the American arms sales to the Middle East have had a severe and lasting set of consequences in the region in, as a start, the brutal Saudi/United Arab Emirates war in Yemen, which has killed thousands of civilians via air strikes using U.S. weaponry and pushed millions of Yemenis to the brink of famine. And don’t forget the recent Turkish invasion of Syria in which both the Turkish forces and the Kurdish-led militias they attacked relied heavily on U.S.-supplied weaponry. 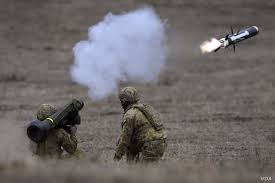 Donald Trump has made it abundantly clear that he cares far more about making deals for that weaponry than who uses any of it against whom. It’s important to note, however, that, historically speaking, he’s been anything but unique in his obsession with promoting such weapons exports (though he is uniquely loud about doing so).

Despite its supposedly strained relationship with the Saudi regime, the Obama administration, for example, still managed to offer the royals of that kingdom a record $136 billion in U.S. weapons between 2009 and 2017. Not all of those offers resulted in final sales, but striking numbers did. Items sold included Boeing F-15 combat aircraft and Apache attack helicopters, General Dynamics M-1 tanks, Raytheon precision-guided bombs, and Lockheed Martin bombs, combat ships, and missile defense systems. Many of those weapons have since been put to use in the war in Yemen.

To its credit, the Obama administration did at least have an internal debate on the wisdom of continuing such a trade. In December 2016, late in his second term, the president finally did suspend the sale of precision-guided bombs to the Royal Saudi Air Force due to a mounting toll of Yemeni civilian deaths in U.S.-supplied Saudi air strikes. This was, however, truly late in the game, given that the Saudi regime first intervened in Yemen in March 2015 and the slaughter of civilians began soon after that.

By then, of course, Washington’s dominance of the Mideast arms trade was taken for granted, despite an occasional large British or French deal like the scandal-plagued Al Yamamah sale of fighter planes and other equipment to the Saudis, the largest arms deal in the history of the United Kingdom. According to the Stockholm International Peace Research Institute, from 2014 to 2018 the United States accounted for more than 54% of known arms deliveries to the Middle East. Russia lagged far behind with a 9.5% share of the trade, followed by France (8.6%), England (7.2%), and Germany (4.6%). China, often cited as a possible substitute supplier, should the U.S. ever decide to stop arming repressive regimes like Saudi Arabia, came in at less than 1%.

The U.S. government’s stated rationales for pouring arms into that ever-more-embattled region include: building partnerships with countries theoretically willing to fight alongside U.S. forces in a crisis; swapping arms for access to military bases in Kuwait, the United Arab Emirates, Qatar, and other Persian Gulf states; creating “stability” by building up allied militaries to be stronger than those of potential adversaries like Iran; and generating revenue for U.S. weapons contractors, as well as jobs for American workers. Of course, such sales have indeed benefited those contractors and secured access to bases in the region, but when it comes to promoting stability and security, historically it’s been another story entirely.

The Nixon Doctrine and the Initial Surge in Mideast Arms Sales

Washington’s role as the Middle East’s top arms supplier has its roots in remarks made by Richard Nixon half a century ago on the island of Guam. It was the Vietnam War era and the president was on his way to South Vietnam. Casualties there were mounting rapidly with no clear end to the conflict in sight. During that stopover in Guam, Nixon assured reporters accompanying him that it was high time to end the practice of sending large numbers of U.S troops to overseas battlefields. To “avoid another war like Vietnam anywhere in the world,” he was instead putting a new policy in place, later described by a Pentagon official as “sending arms instead of sending troops.”

The core of what came to be known as the Nixon Doctrine was the arming of regional surrogates, countries with sympathetic rulers or governments that could promote U.S. interests without major contingents of the American military being on hand. Of such potential surrogates at that moment, the most important was the Shah of Iran, with whom a CIA-British intelligence coup replaced a civilian government back in 1953 and who proved to have an insatiable appetite for top-of-the-line U.S. weaponry.

The Shah’s idea of a good time was curling up with the latest copy of Aviation Week and Space Technology and perusing glossy photos of combat planes. Egged on by the Nixon administration, his was the first and only country to buy the costly Grumman F-14 combat aircraft at a time when that company desperately needed foreign sales to bolster the program. And the Shah put his U.S.-supplied weapons to use, too, helping, for instance, to put down an anti-government uprising in nearby Oman (a short skip across the Persian Gulf), while repressing his own population at the same time.

In the Nixon years, Saudi Arabia, too, became a major weapons client of Washington, not so much because it feared its regional neighbors then, but because it had seemingly limitless oil funds to subsidize U.S. weapons makers at a time when the Pentagon budget was beginning to be reduced. In addition, Saudi sales helped recoup some of the revenue streaming out of the U.S. to pay for higher energy prices exacted by the newly formed OPEC oil cartel. It was a process then quaintly known as “recycling petrodollars.”

The Carter Years and the Quest for Restraint

The freewheeling arms trade of the Nixon years eventually prompted a backlash. In 1976, for the first (and last) time, a presidential candidate — Jimmy Carter — made reining in the arms trade a central theme of his 1976 campaign for the White House. He called for imposing greater human-rights scrutiny on arms exports, reducing the total volume of arms transfers, and initiating talks with the Soviet Union on curbing sales to regions of tension like the Middle East.

Meanwhile, members of Congress, led by Democratic Senators Gaylord Nelson and Hubert Humphrey, felt that it was long past time for Capitol Hill to have a role in decision-making when it came to weapons sales. Too often Congressional representatives found out about major deals only by reading news reports in the papers long after such matters had been settled. Among the major concerns driving their actions: the Nixon-era surge of arms sales to Saudi Arabia, then still an avowed adversary of Israel; the use of U.S.-supplied weapons by both sides in the Greek-Turkish conflict over the island of Cyprus; and covert sales to extremist right-wing forces in southern Africa, notably the South African-backed Union for the Total Independence of Angola. The answer was the passage of the Arms Export Control Act of 1978, which required that Congress be notified of any major sales in advance and asserted that it had the power to veto any of them viewed as dangerous or unnecessary.

As it happened, though, neither President Carter’s initiative nor the new legislation put a significant dent in such arms trafficking. In the end, for instance, Carter decided to exempt the Shah’s Iran from serious human-rights strictures and his hardline national security advisor, Zbigniew Brzezinski, undercut those talks with the Soviet Union on reducing arms sales.

Carter also wanted to get the new Rapid Deployment Force (RDF) he established — which eventually morphed into the U.S. Central Command — access to military bases in the Persian Gulf region and was willing to use arms deals to do so. The RDF was to be the centerpiece of the Carter Doctrine, a response to the 1979 Soviet invasion of Afghanistan and the fall of the Shah of Iran. As the president made clear in his 1980 State of the Union address: “An attempt by any outside forces to gain control of the Persian Gulf region will be regarded as an assault on the vital interests of the United States. It will be repelled by use of any means necessary, including the use of force.” Selling arms in the region would prove a central pillar of his new doctrine.

Meanwhile, most major sales continued to sail through Congress with barely a discouraging word.

While the volume of those arms sales didn’t spike dramatically under President Ronald Reagan, his determination to weaponize anti-communist “freedom fighters” from Afghanistan to Nicaragua sparked the Iran-Contra scandal. At its heart lay a bizarre and elaborate covert effort led by National Security Council staff member Oliver North and a band of shadowy middlemen to supply U.S. weapons to the hostile regime of Ayatollah Khomeini in Iran. The hope was to gain Tehran’s help in freeing U.S. hostages in Lebanon. North and company then used the proceeds from those sales to arm anti-government Contra rebels in Nicaragua in violation of an explicit Congressional ban on such aid.