New Delhi: With the deadly corona virus ravaging the world a massive search for the drug has been launched globally to effectively tame the virus. Nearly 200 pharmaceutical companies all over the world have been working 24×7 for the development of a vaccine. But the fast changing behvaiour of the virus seems to have major stumbling block in developing the vaccine. According to information so far at least 30 strains of the virus have been detected during the lab researches putting the scientists in a fix. The way virus mutates speedily is matter of concern for the scientists to target it.

With this scary scenario India is also gradually reconciling to the fact that the coronavirus is here to stay, no matter the lockdown — the average daily cases at 1,926 for the week ending May 3 is among the highest in the world. Add to this the concerns of safely evacuating migrants from virus-hit, urban areas to rural states, the urgency for an effective treatment for Covid-19 intensifies. A drug has emerged as the best bet yet. The talk about drug remdesivir about treatment of Covid 19 has gained ground during the last one week. It is being hotly debated in medical circle.

Last week,the United States’ Food and Drug Administration (FDA) issued emergency approval for administering remdesivir, an antiviral drug, as a treatment for patients severely sick with Covid-19 after a federal trial showed it could reduce the recovery time from 15 days to 11 days. The drug is developed by American pharmaceutical firm Gilead Sciences, and according to Boston, Massachusetts-based Institute for Clinical and Economic Review, a watchdog, its fair price could be $4,460 per course . That is a third-party evaluation, and not Gilead’s. Even that “fair price” is a steep Rs 3.12 lakh per course ($1 = Rs 70). 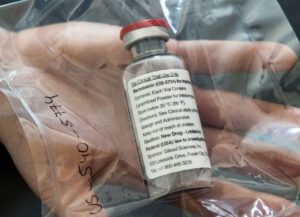 That explains the demand to revoke the patent Gilead holds on the drug in India. In a letter to the Prime Minister’s Office, the Cancer Patients Aid Association said the patent should be cancelled given the lack of novelty. Remdesivir was developed in 2014 to fight Ebola, but eventually proved ineffective. Gilead filed for a patent in India in 2015 and was granted it on Feb. 18, 2020. But since then, the drug has emerged as a major hope for treating Covid-19. 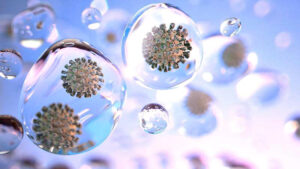 India also has a compulsory licensing clause to allow other domestic companies to produce generic copies of a drug. Both cancellation of patent and compulsory licencing are hard approaches and bound to cause friction. Gilead told Moneycontrol, the “compulsory licensing is a concern not because of intellectual property rights but because there is a real risk that it could create chaos in the supply chain for scarce raw materials”. The company said it is seeking partnership in India but did not detail the terms.

But pressure is mounting. On Monday, the union minister of health, Harsh Vardhan, said Hyderabad-based Indian Institute of Chemical Technology has synthesised the key starting material for remdesivir, the first step in producing the pharmaceutical ingredients to make the drug, or its generic copy.